Kevin Rudd might well be wondering after a two day long COAG meeting if he should have been careful what he wished for. Having gained a hard fought agreement with the states (with the exception of WA) on health reform his government now has to move onto the more difficult task of ensuring that his proposed reforms actually deliver (and are seen to deliver) better health care in the complex and high-profile area of public hospitals.

While there may be some benefits to the plan – principally the imposition of a nationally consistent funding system and more transparent reporting and standards – there are also some serious potential disadvantages. In addition to the important flaws discussed by Jeff Richardson, there are other potential pitfalls in the implementation of the reforms which will need to be addressed if they are to have an overall positive impact on the health system.

Challenges he now faces in implementing his plan include:

•    reducing the potential for inefficient competition between local areas over scarce resources, such as the health workforce.
•    avoiding entrenching the current division between the hospitals sector and other areas of health, such as primary care and aged care.
•    minimising the capacity for hospitals to ‘game’ proposed targets – such as the four-hour emergency department goal – in order to maximise funding without actually improving their services.

Furthermore, the key to achieving any serious reform in health is to reduce the power of interest groups, such as the medical, pharmacy and private health insurance sectors. Historically, these groups have exerted a disproportionate influence at the federal level, resulting in some health policy disasters, such as the private health insurance rebate.

The Commonwealth has a much poorer record than the states in managing the power of these interest groups to deliver health policies and programs that meet the needs of consumers. While state governments have managed to keep doctor’s salaries within the public hospital system at manageable levels, the previous Federal government mismanaged changes to the Medicare Safety-Net, handing medical specialists a year-round Christmas bonus.

Whether or not Rudd is able to successfully meet these challenges is as much to do with politics as it is to do with policy: Health reform is unavoidably a political issue when the government funds over two-thirds of the health budget, the community regularly nominates health as one of its top three voting issues and hospital waiting lists dominate newspaper headlines.

The COAG agreement cannot be understood outside of the context of the political environment and its implications for Kevin Rudd’s prime ministership. Health reform will be a defining feature of Rudd’s first term as prime minister and will help frame the context of the next federal election. In fact, Rudd has so successfully nailed his political colours to the wall on this issue that he will suffer far more than his health minister Nicola Roxon, if the reforms are not seen as a success.

If he gains agreement for his plan, Rudd can leave behind his failure to achieve an emissions trading scheme and re-define himself as a reforming prime minister. This is a risky move. Along with the political kudos he will receive for his success in driving these reforms comes accountability for the inevitable future problems within the hospital system. Once the Commonwealth is seen as responsible for public hospitals, newspaper headlines about waiting lists will be laid on his doorstep rather than at those of the state premiers. For a famously risk averse prime minister, the political gains of taking on this responsibility must be substantial in order to outweigh the potential downside.

Despite the inherent policy flaws of his plan, the Prime Minister’s personal and political stake in the health reform agenda will ensure that a COAG agreement will have to deliver (or be seen to deliver) some benefits to  consumers. It means Rudd will use whatever funding and legislative levers he has to drive changes, which he can then present to the Australian people as reasons why he deserves another term as Prime Minister.

His policy agenda may lack coherence, have no clearly articulated underlying principles, be light on in detail and virtually silent on key issues such as dental services and ehealth. But in the heat of the current battle over heath care reform there is one thing we can be sure of – Kevin Rudd will not let himself become a casualty. 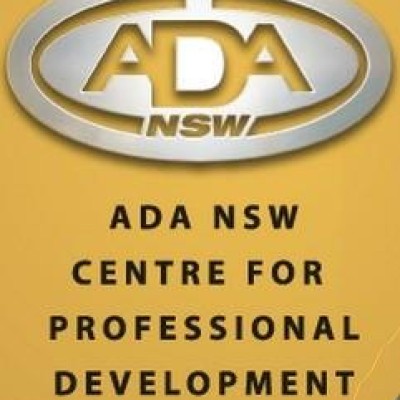 It was very informative and helpful