Ian McAuley | A Glimmer of Vision to a Close Horizon 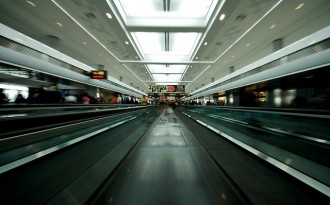 Is the surplus fetish distracting the Government from the real economic challenges? Ian McAuley finds glimpses of Labor values in an otherwise short-sighted budget.

In the Budget is a glimmer of traditional Labor principles.  Although it is tough on some welfare provisions, it is mildly re-distributive, and it acknowledges the need to make structural changes to the Australian economy. It has made some cautious moves to wind back middle class welfare payments and tax breaks, which have been putting pressure on other areas of public expenditure.

The Government could have been bolder however, much bolder. It seems unfortunately to be constrained by two obsessions: one to do with the cash deficit and the other to do with not raising taxes. These obsessions are limiting the Government’s capacity to make much-needed public investments and to provide the public services needed in a prosperous and dynamic economy. One manifestation of our low-tax obsession is likely to be pressure on state services, because the GST revenue upon which states depend is growing very slowly.

To deal with the political vision first, there is a degree of re-distribution away from “middle-class welfare”. The Dependent Spouse Tax Offset is to be phased out, income thresholds for family payments are to be frozen, the use of trusts to divert income to children is to be made less attractive, employer-provided company cars will be more reasonably taxed, and the Government retains its commitment to place a means test on the private health insurance rebate.

At the same time there is an emphasis on employment, particularly in raising labour force participation. Most attention is focussed on measures to move people from disability support payments to the workforce, but even the changes in the dependent spouse allowances can be seen in terms of workforce participation, for Australia, in contrast to other prosperous countries, has low workforce participation among women past child-bearing age.

This Budget therefore contains a set of incentives for workforce participation and for skills acquisition, with new training packages and incentives for young people to continue in education.

While these policies may appear to be a simple application of common sense in an economy approaching full employment, and which needs to lift its productivity performance, they do represent a break from the pattern which became so entrenched by the Howard-Costello administration when it used the windfall revenues from growth to support middle-class welfare.

Over the last thirty years, as the Australian economy has lost support mechanisms such as tariff protection and has become more exposed to foreign and domestic competition, income disparities have widened. The guiding economic philosophy has been to accept rising inequality as a by-product of market liberalization, and to use transfer payments to individuals to compensate those who are left behind, including people in the middle classes. This trend is shown strongly in Figure 1: until 1975 social assistance payments constituted only about five percent of household income, and they were concentrated on the very poorest. As the economy has opened up, they have risen, and they reached twelve to thirteen percent of income during the Howard-Costello years.  (The 2009 blip results from the stimulus handouts.) Moreover, they now reach into a growing share of the population: last year seven million Australians were receiving some form of Centrelink payment.

A different and more sustainable policy is to develop a strong economy that can provide well-paid work for all, thus reducing the need for welfare payments to supplement people’s earnings. For this to come about, we must invest in skills, and this seems to be the direction in which this Government is headed, albeit very tentatively. It is about reducing welfare dependence, providing social inclusion through meaningful work rather than welfare transfers, and freeing up public expenditure for other purposes.

The way welfare transfers have been squeezing other areas of public expenditure is evident from an examination of the composition of recent budgets, presented in Table 1. This table shows a broad breakdown of Commonwealth outlays, separately identifying social security and welfare, and health, leaving a residual “other” category. This “other” category includes functions such as defence, education, housing and transport – a whole range of public goods provided by or funded by the Commonwealth.

•           In the final years of the Howard-Costello administration, social security and welfare reached high levels, crowding out other areas of expenditure.

•       The big boost in social security and welfare in the first full year of the Rudd-Swan administration reflects the temporary stimulus payments to individuals.

•     The boost in “other” in 2009-10, was for ongoing stimulus payments such as payments for school buildings.

•    There is a reversion to a plateau of about 41 to 42 percent for “other” payments in the outer years.

What we are now seeing is a small re-allocation of budget priorities – to compensate for the reliance on welfare to mask inequalities that has developed over the last thirty years, and a stronger emphasis on government programs.

Tax expenditures are eating the budget

These figures on budgetary welfare payments, however, reveal only part of the story; what they do not reveal are missed opportunities for more fundamental reform. They do not show the ongoing generous tax concessions, mainly of benefit to the better-off.  The Commonwealth will have raised $243 billion in tax in 2010-11, but it will have also forgone $49 billion in “tax expenditures” – taxes that are not collected because of various exemptions and deductions. These include the exemption of houses from capital gains tax, concessions for superannuation, GST exemptions for food, education, financial supplies and health care, and many other concessions. Some of these concessions are easy to justify, but many others have little, if any, justification in terms of equity or economic efficiency.  Some concessions, such as the generous treatment of investment housing, or the low rate of capital gains tax on short-term investments, do not show up at all in budget papers.

There are other missed opportunities for revenue collection, many of which were suggested in the Henry Review, such as bequest taxes. The rate of excise tax on diesel and gasoline has been frozen in nominal terms since the Howard-Costello Government left it at 38 cents a litre in 2001; had indexation been applied we would be now raising another four to five billion dollars a year, and the transition to carbon pricing would be easier. Allowing the real rate of excise to fall has shielded us from the inevitability of higher energy prices.

What this means is that there is plenty of scope to raise tax revenue, without raising the basic rates of GST or income tax.

Taking the wrong road to a surplus

Instead, the Government is to meet its budgetary commitment of a cash balance by 2012-13 through reliance on economic growth (including recovery from a summer of natural disasters), restoration of corporate taxes as reported profits rise, modest cuts to middle class welfare, and a set of nitpicking cuts in public services, including the misnamed “efficiency dividend” applied to the public service.

As long as the Government feels it cannot raise more revenue, and as long as it continues to provide a decent level of transfer payments, Australia is facing a continuation of severely constrained expenditure on public services, with the occasional short-lived boost from a Keynesian stimulus. Governments, state and federal, will either neglect public services, or will go on using expensive, inefficient and inequitable means of funding and providing services – such as public-private partnerships, privatization of natural monopolies, high user fees and private insurance for health care. “Social inclusion” will remain no more than a pious hope, as those who can afford to use private education, to live in gated communities, and to opt out of using public services, set themselves apart from other Australians.

The issue being avoided by this and previous administrations is that Australia is one of the lowest taxed countries in the developed world. Out of the 32 countries in the OECD, only Turkey, Mexico and the USA collect less tax as a proportion of their GDP. At 27 percent of GDP, our tax revenue compares with a 35 percent average for the OECD; the difference is about the same as the revenue forgone through our tax expenditures. And many of these OECD countries, particularly the USA, are going to have to raise their taxes to cope with high and unsustainable levels of government debt. Yet, the Government has specifically stated an aim to “keep taxation as a share of GDP below the level for 2007-08 (23.5 per cent of GDP), on average”. Perhaps the strongest immediate pressure for an increase in revenue will come from state governments, including the three non-Labor governments, which now hold office in states with 15 million of our 22 million population. States provide some of the most difficult and intrinsically labour-intensive public services, including school education, hospitals, and policing. But because of their dependence on GST for about 40 percent of their finances, they are facing strong revenue pressures.

In the years leading up to the global financial crisis, when Australians spent all they earned and more, GST receipts were strong, but we are now in a saving mode. Worse, for GST collection, spending has been sustained or increased in GST-exempt health care and food, while the cuts have been taken in other items that are subject to GST. The Budget papers cover this point, noting that just in the six months since the government prepared its mid year estimates, projections of GST payments to the states over the next four years are likely to fall by $5.9 billion, but there is no suggestion as to how such a funding gap may be filled. Admittedly there are some offsetting benefits for the states in health care and in grants for workforce training, but these come at a cost to state autonomy.

Some will call for an increase in the GST rate, or an abolition of GST exemptions, but politically these are unlikely to happen, particularly when the Commonwealth would suffer the odium and the states would get the benefit. States may seek to increase their own taxes, but most state taxes are costly to collect and are inequitable, for they have only a narrow taxation base. Cutting public services is not an appealing option, for the newly-elected governments of New South Wales and Victoria owe their electoral success, in large part, to dissatisfaction with the level and quality of public services. They don’t have the luxury of their federal colleagues who, from opposition benches, can call for unspecified cuts in public expenditure.

Putting state revenues on a stronger footing is one of the neglected pieces of fiscal policy, and is likely to be a strong issue in coming months. It promises to produce an enlivened debate, particularly seeing it cuts across partisan boundaries. Perhaps that will be the source of pressure for doing something about tax expenditures.