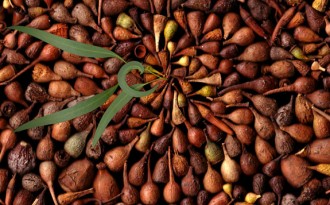 Can arbitrary cuts under the guise of efficiency deliver a better public service? James Whelan & Jennifer Doggett take a look at the political and policy failure that is the Efficiency Dividend.What will these continued cuts mean?

The Efficiency Dividend (ED) requires public sector agencies to calculate a potential saving every year by multiplying their departmental expenses from the previous budget by the efficiency dividend then indexing for inflation. The 1.25% efficiency dividend was originally introduced by the Hawke government in 1986 as a temporary measure. The Rudd administration temporarily increased this to 2 per cent in a ‘hole in the wall’ budgetary manoeuvre.

Politically, the Efficiency Dividend has a superficial attraction to governments as it allows them to cut public sector budgets under the guise of ‘increasing efficiency’. This is a more attractive option than directly cutting services but its political effectiveness has a limited lifespan.

The problem with this strategy is that it relies on a continual supply of ‘low hanging fruit’ which public sector agencies can offer up as savings without reducing their output. In reality this does not occur. Over time savings become increasingly difficult to find until organisations need to reduce essential functions in order to meet savings targets.

This is the point at which continued imposition of the Efficiency Dividend is counter-productive.  Twenty-six years on, the public service is under increasing pressure to effectively fulfil its functions. Increasing the ED will result in public sector agencies devoting scare resources  to juggling budgets instead of delivering the high quality services the Australian public want and deserve.

Public sector agencies are now reporting that they are being forced to cut back functions in order to deliver continued savings.

This became clear during recent Senate Estimates hearings where Senator Humphries and his Liberal colleague Russell Trood pursued the impacts of the Efficiency Dividend during sustained interrogation of senior staff representing key APS agencies. The Senators’ inquiries revealed the impact of the ED on cultural agencies with the National Gallery planning to freeze travelling exhibitions and the National Library winding back newspaper digitisation and scrapping their online reference service.

Reality: There is good evidence that overall the APS is very efficient.  A 2009 KPMG study of government administration classed Australia’s bureaucracy as ‘highly efficient’ and found that the main impediment to a more efficient government sector was a high regulatory burden.

Reality: Untargeted funding cuts in an already efficient system will result in either outputs being reduced or quality compromised.  This will impact upon the Australian community which relies on the public sector to provide many essential services.

Myth 3: Public sector agencies are responsible for any inefficiencies in their operations.

Reality: Public sector organisations often have to respond to external pressures which create inefficiencies that they cannot control. CPD research found that public servants identified Ministers and their offices as a significant source of inefficiency within their agencies. The blunt instrument of the efficiency dividend, however, is not wielded here.

Myth 4: Efficiency across public and private sector organisations can be compared by measuring budgets and outputs.

Reality: Public sector agencies often perform functions that their private sector counterparts cannot undertake, often because it is not profitable for them to do so. Macquarie builds urban toll roads and takes over capital city airports, but governments fund the country roads and local governments provide essential country airports.

Reality: While initially there may have been scope within the public service to cut budgets without having a direct impact on the general public, the ongoing arbitrary imposition of the efficiency dividend has left public sector agencies with no room for making further cuts without reducing their functions. This will directly impact upon the community, in particular some of the most disadvantaged who rely on public sector services.

Myth 6: There are no alternatives to the Efficiency Dividend

Reality: There are a number of alternative strategies for supporting a high quality public sector which should be considered in preference to an increase in the ED. These include targeted measures, supported by systematic reviews of agency efficiency, which identify and address any areas of inefficiency within each agency (rather than setting an aggregate target across the APS).  Another alternative would be to allow agencies themselves to identify potential savings and strategies to achieve these, over a longer period than 12 months to avoid incentives for short-term gaming. Both of these options allow for the real possibility that some agencies are already operating at maximum efficiency and do not currently have any scope for further savings. See CPD research for more.

Like comedy, political strategy is all about the timing. The Howard Government could get away with the Efficiency Dividend because at that point there was some scope to find savings within departments without compromising output. That time has now passed and the politically smart move would be to quietly retire the ED and find other more effective ways of supporting a high performing public sector.

This is reflected in the findings of a number of reviews which have found that the ED is a blunt instrument that does not achieve its stated aim of increasing efficiency across the public service.

For example, the 2010 Moran Review, heralded as the most comprehensive review of the Australian Public Service in 35 years, raised issues about the effectiveness of this approach and recommended a review of the Efficiency Dividend. This review, coordinated by the Department of Finance and Deregulation, concluded that the efficiency dividend is an ineffective instrument to increase productivity and that agency outlays and workloads have increased during the last decade. Significantly, the review concluded that there is “no accepted or reliable way of measuring the relative efficiency of the public sector”. How then can the Treasurer require agencies to demonstrate an annual 1.5% improvement in efficiency? Simply providing less funding while demanding the same or increased service delivery is a poor substitute for meaningful performance improvement.

Furthermore, the underlying motivation for continuing to impose the Efficiency Dividend – the desperate pursuit of a Budget surplus – is itself questionable. Ministers Wong and Swan primarily argue that public service cuts are an essential element of returning Australia to a budget surplus by 2012-13. This determination has been described by Reserve Bank board member and ANU economist Professor Warwick McKibben as a ‘fetish’ and is not based on a realistic assessment of Australia’s economic strengths and weaknesses.

While Australia races back from a current deficit of just 3% of GDP, the United Kingdom and United States have deficits of 10% and 11% of GDP respectively and Treasury expects the world’s major advanced economies to be in deficit by an average of 6% of GDP in 2015. We’re hardly the economic basket case that the Gillard Cabinet and Opposition Leader assert.

Regardless of our budgetary situation, it does not make any sense to pursue strategies that compromise the performance of our public service agencies. Effective investment in the public sector is good for the economy – a truism acknowledged by Victorian Premier Ted Ballieu who recently observed that, “When the state grows, employment grows”.  In addition to its economic contribution, our public sector plays a vital role in improving the lives of individuals now and in building a more cohesive and sustainable future for our country.

The Government’s decision to increase the ED in the Federal Budget will deliver short-term savings but result in long-term costs for Australians.

Dr James Whelan is the Public Service Program Research Director at the CPD. Jennifer Doggett is a Fellow at The Centre for Policy Development