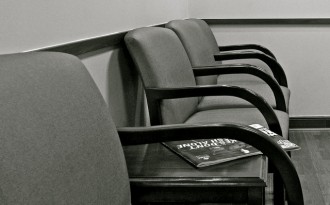 The new budget might seem to be groundbreaking, but what does it really mean for health? Jennifer Doggett cuts through the fat of the 2011 budget.

In Federal politics, as in MasterChef, a well-presented signature dish can give you the edge over the competition, even when everything else on your Budget night menu is bland and forgettable.

Treasurer Wayne Swan no doubt had this in mind as he dished up a health budget centring on a robust and satisfying mental health initiative comprising a total of $2.2 billion (over five years). This substantial offering is a more comprehensive and better integrated package than the Coalition’s alternative policy and will win the Government some popular votes, even though the accompanying initiatives, served up with the mental health package, can best be described as garnishes.

Given the Government’s health reform process, already underway, this Budget was never going to make major policy changes. The mental health initiative addresses a gap in the health reform agenda that had been widely criticised by the sector. It covers a wide range of mental health services and programs and provides the opportunity for the states and territories to enter into a National Partnership on Mental Health and work collaboratively on mental health issues.

A positive of this announcement is the establishment of a National Mental Health Commission in the Department of Prime Minister and Cabinet. This gives mental health a high priority and the potential (at least) to take a more coordinated and inter-sectoral approach to mental health issues rather than just treating it as a health system problem. There is also funding for a new national mental health consumer body, which should improve consumer input into the development, implementation and evaluation of mental health policies, programs and services.

Mental health policy is a fraught area of health with the many and varied stakeholder groups continually debating the merits of their various constituencies and ideologies. A major challenge for the Government in the implementation of this initiative will be to balance the interests of the different groups and maintain a strong focus on the needs of consumers, rather than being swayed by the political influence of providers and interest groups.

Another challenge will be to ensure the funding is well-targeted. Mental health is an area in which it is very easy to spend a lot of money without reaching those who need help the most. The key to ensuring the funding delivers maximum value is to focus on programs and services where there is evidence of effectiveness and maintain a commitment to rigorous evaluation of new initiatives.

From a political perspective it’s worth asking why mental health received such a substantial funding boost to the virtual exclusion of other areas of health care. Of course there are many reasons why mental health should be funded. Mental illness is a serious health and social issue which directly affects 20% of Australians each year (and many more indirectly). Australia’s health system could easily spend this Budget allocation on mental health services and still come back for more.

However, mental health is not the only area of health care crying out for funds. A major gap in the Budget is the continuing failure to address the need for public dental services. Since the Howard government scrapped the Commonwealth Dental Program over a decade ago public dental services have languished, leaving many Australians on low incomes without access to affordable dental care. Responsibility for this cannot totally be laid at the Commonwealth’s doorstep. The States and Territories have failed to adequately fund their own dental care programs, preferring instead to argue with the Commonwealth about where responsibility for dental care lies.

The end result of this Mexican standoff is that a generation of Australians are growing up without receiving even basic, preventive dental care. Not the bells-and-whistles orthodontic treatment that guarantees a perfect smile but the type of care which avoids unnecessary loss of teeth. Older Australians remember that it was not uncommon in the era before subsidised dental treatment for people to have lost all of their teeth by middle age. This is the situation we will be returning to unless something is done to provide access to dental services to the 30% of Australians who cannot currently access care.

Poor access to dental care is not just a cosmetic issue but one with profound health and social consequences. Dental problems left untreated can result in serious systemic health issues which require much more intensive (and therefore expensive) treatment. In fact, there are 68 000 avoidable admissions to hospital every year for dental problems which could have been treated in the community (2007-08 figures). This causes unnecessary pain and suffering to thousands of people every year and costs our community millions of dollars. It also causes significant downstream social and economic problems. People with untreated dental diseases often experience difficulties in participating in many aspects of everyday life, such as seeking employment and socialising.

Given these issues, why did the Government choose to provide such a large funding allocation to mental health and almost nothing to public dental care or to any of the other areas of need in the health system, such as indigenous health or rural health? It would have been simple to divide up the $2 billion funding pool for mental health between other priority areas of need to ensure that they all received a share of the funding on offer.

There may be good policy reasons why it’s better to allocate a substantial amount of funding to one area, rather than spreading it more thinly throughout the portfolio. A decent funding allocation allows for more comprehensive and integrated reform rather than the development of more band-aid solutions. It also enables the establishment of infrastructure, such as the new National Mental Health Commission, which can play an ongoing leadership role in bringing together the multiple issues and stakeholders that are involved in mental health to effect long term changes in the approach to this complex area of health care.

However, it’s hard to ignore the political dimension to Budgetary decisions such as this. The Government can never meet all areas of need in health and therefore it is a political reality that no matter what initiatives are funded, it will always be criticised for not doing more. Given this, the Government needs to decide how to minimise the beat-ups from the various interest groups in the health sector and how to maximise any potential for positive media. Spending a large amount of money in one area gives the Government a good chance of getting a positive response from that sector which will overshadow the negative response from other groups –at least to some extent. Spreading the funding around more equally will result in the Government being criticised from all angles and any positive messages being lost.

The mental health sector has run a vigorous and high profile campaign on mental health – aided by some powerful allies, such as Australian of the Year Patrick McGorry. By working with them behind the scenes to meet a significant number of their demands the Government could guarantee some good publicity on Budget night that would shut out the noise from other sectors disappointed that they missed out. The take-home message from this for health stakeholder groups is to never underestimate the power of a well-planned and executed lobbying campaign by a united (at least temporarily) sector.

Other than the mental health initiative, the Budget will have only a limited impact on the delivery of health care. There are a number of smaller funding allocations for hospitals, rural and remote health services and for indigenous health. All of these, while relatively modest, should go some way towards meeting demand for care in these areas. Additional funding for the new Medicare Local organisations will help support their role in coordinating primary health care at a community level and will ensure the momentum of health reform continues.

Another positive in the Budget is the means testing of the private health insurance rebate. While a preferable outcome would be to scrap the rebate altogether and use the funding to directly subsidise health services, any reduction in expenditure on this inefficient program is a positive. As the means-test takes effect it will be interesting to see whether the dire predictions from the industry about how many people will drop their cover will eventuate.

However, along with the failure to address the crisis in dental care (apart from funding for a voluntary internship year in areas of need), there are a number of major gaps in the Budget that reflect the piecemeal and provider-focussed approach of the Government to health policy. Apart from the bowel cancer screening initiative there is little in the Budget to support the Government’s alleged commitment to preventive health. There is also no recognition of the importance of social determinants, such as employment and social status, in influencing health outcomes. No attempt has been made to systematically address the financial difficulties that many Australians face when accessing health care or to promoting greater health equity. Similarly, while public hospitals have received some funding there is no overall attempt to reduce the current high levels of preventable demand for their services. These gaps will all undermine the effectiveness of the Government’s health reform agenda to deliver a more efficient and effective health system.

Overall, the Treasurer has delivered a predictable Budget for a Government in the middle of a health reform process in a non-election year. Other than the mental health initiative, the aim of this Budget is to keep the health system ticking over and the reform agenda progressing without making any major outlays. It will be a different story next year when Wayne Swan and his Cabinet colleagues will head back into the kitchen to cook up an election-year Budget to win over the electorate for another three years.