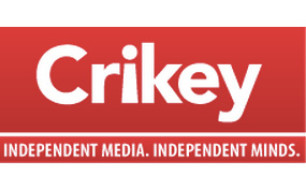 Asylum seeker policies that utilise scare tactics will not work.

Both major parties want to tighten up the refugee determination process and stop the boats, CPD’s John Menadue and Arja Keski-Nummi ask, ‘where is the voice for decency?’.

Tony Abbott insists he will ‘stop the boats’. CPD fellows and former senior DIAC officials, John and Arja contend that this is simply a slogan and an empty promise that capitalises on people’s fear. The policies the Coalition proposes to achieve this are
ones which have failed before, or in the case of ‘turning back the boats’, been criticised by the Indonesian government and the Australian navy as  unworkable. The ALP’s current policies, which promise stricter refugee determination and mandatory detention, are no better.

“… the numbers of asylum seekers coming to Australia by both air and sea are very small in world terms. Our “problem” is overwhelmingly a political one, with politicians on both sides appealing to our darker angels of fear.”

The planned refugee program increase to 20,000 indicated that some ‘reasonable thought seemed to be going on’, but if this agreement is rescinded, we go back to asking, ‘where is the voice for decency?’.

Read the article on Crikey