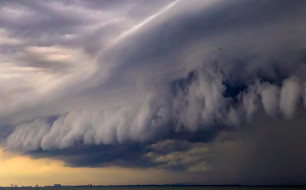 Recently Lend Lease Group has announced its withdrawal from the Abbot Point port expansion with Aurizon. The project was widely debated due to potential environmental impacts caused by dredging and whether it is viable or excessive investment.

Research director Laura Eadie released CPD’s Too many ports last November. The report found that ports are already operating with a surplus capacity and that no further decisions on expansion are necessary until 2020. BHP Biliton was the first company to withdraw from Abbot Point expansions soon after the release of Too many ports in November.

“Could it be that Lend Lease is unwilling to lend its name to a dredging program that many believe threatens significant damage to the Great Barrier Reef? If so, the move is a far-sighted one: over 145,000 people have signed a petition asking the company to refrain from participation in the project. If the Reef were to be damaged, the public might take a long time to forgive, and litigation might well follow. Lend Lease might be also be cautious of the potential risk that there will not be sufficient demand for coal, for the several decades the port is expected to operate.”

Read the whole story at The Motley Fool

Read more, or download Too many ports by Laura Eadie