Travers McLeod: Does apathy to the political system among young people point to a crisis in Australian democracy? | Meanjin, Spring 2015

The good ship of democracy is entering into uncharted waters.

To conclude such indifference to democracy and democratic participation reflects a crisis in Australian democracy would confuse a symptom with the disease. Falling confidence in the engine room of Australia’s democracy – our democratic institutions and the policymaking process – is driving the erosion of support for democracy itself.

Democracy’s central problem is its institutional failure to safeguard the long term and manage hyperconnectivity.

We live in an era of path-dependent policymaking, where competent, future-focused and values-driven policy that reconciles expert and community opinion, gains and sustains a long-term consensus, and devolves or projects solutions within or across borders seems rarer by the day.

The result is a system ripe for disruption.

In 2013, the Oxford Martin Commission for Future Generations released Now for the Long Term.  The report concluded short-termism triumphed the world over, in domestic politics and also across multilateral forums and business. Within the Commission’s policy team were two Australians: Natalie Day, a Melbournian, and me, a West Australian who would soon call Melbourne home.

Australia is no stranger to these shaping factors. Our Senate is nowadays neither a house for states nor a thriving house of review. Our recent Intergenerational Report devoted less than 10 per cent of its pages to ‘preparing for the future’. Individual football clubs have more members than our major political parties and use social media more creatively to interact with fans. Our response to Ebola and global displacement is to pull up the drawbridge, not to construct long-term solutions. Our longest war, in Afghanistan, has been unaccompanied by debate about the core values fought for, or how those globalization has left behind can prosper in its wake.

Blaming our current political leaders or harking back to an earlier age of bipartisanship generates heat but little light. The problem runs deeper.

Indeed, Australia’s intransigence in dealing with climate change ‘has exposed the least obvious crisis of the 21st century: our system of democratic governance’.

To be clear: this is not a call for autocracy.

Democracies in the international system have grown in number and quality since United States President Woodrow Wilson sought Congressional authorisation to enter the First World War to ‘make the world safe for democracy’.  Whether we draw on Freedom House statistics or democratic peace theory, democracy was the success story of the 20th century. Its ongoing success depends on continued prosperity for established democracies, the trajectory of ‘strategic swing states’, and recognition of the growing gap between democratic institutions and the speed, scale and complexity of 21st century challenges.

The performance of democracies is now ‘deficient’. Our challenge is to deepen, enrich and renew democratic institutions and policymaking processes, not to turn away from democracy itself.

Renewal will be a long-term project with multiple dimensions. Australia is lucky because she can draw on efforts abroad, not least using technology to connect more citizens with the policymaking process. Let me suggest two other reforms. The first is deliberately disruptive. The second is boring but essential.

First, we should appoint some ministers from outside parliaments. This is an idea whose time has come, despite the structural challenges this would entail. Too many individuals with little experience beyond politics populate our parliaments. While we should respect those who devote a lifetime to public service, the result can be parliaments that poorly reflect society, and ministers with insufficient expertise. Less than one third of Australian parliamentarians are women. Over 80% of Cabinet Ministers from 1996-2010 under Prime Ministers Howard and Rudd were men. More than half in the same period were lawyers before entering parliament.

Appointing some ministers from outside parliaments would allow experts at the top of their game to lead some portfolios. A constitutional amendment would be required federally, but the move would not be inconsistent with the principle of responsible government. Experiments could happen faster in our states, such as under the Rann Government in South Australia. Imagine Tim Costello as Minister for International Development, Richard Goyder as Minister for Finance or Rosie Batty as Minister for Women. It’s a tantalizing prospect, one that could be a productive spanner in our ministerial workplace.

Second, we need regular Constitutional (or Democratic) Conventions to service our democratic machinery. Australia has only had five conventions, and just two since Federation. Four (1890, 1891, 1897-98 and 1998) were for a specific purpose. The 2020 Summit was an attempt at fashioning a long-term plan, but was mocked for its uniqueness.

Australia needs routine stocktakes of her Federation. White Papers and COAG Reform Councils come and go, hijacked by talking points and short-term politics. Regular, independent root and branch reviews of the engine room of our democracy are essential to ensure it can reach optimum horsepower.

Regular democratic conventions, say twice a decade, would allow the renewal process to connect the political class across the country with civil society, including young Australians. Institutional reforms, such as to constitutional preambles, electoral terms, ministerial appointments, or even Australia’s head of state, could be considered for collective impact. This would prevent one proposed change – such as that to a republic – becoming an inapt stalking horse for deeper democratic renewal. An Australian Head of State, for example, may be the final, not the initial, element of the first renewal phase.

Former Treasury Secretary, Ken Henry, recently said he couldn’t recall ‘a poorer quality public debate, on almost any issue’ than we have now. At the same time a poll found 94% of Australians believe we need a better plan for the long term. Such a plan can be found by embracing long-term democratic renewal as a core element of Australia’s nation-building infrastructure. Only then can Australia’s policy development process produce reforms to match the challenges presented by the 21st century. Only then can we connect the country around a plan with staying power beyond individual political cycles, and convince all Australians to prefer our democratic institutions with greater fervor.

This piece first appeared in the spring edition of Meanjin (volume 74, number 3) in September 2015 by Melbourne University Publishing. You can download a print version of this essay here. 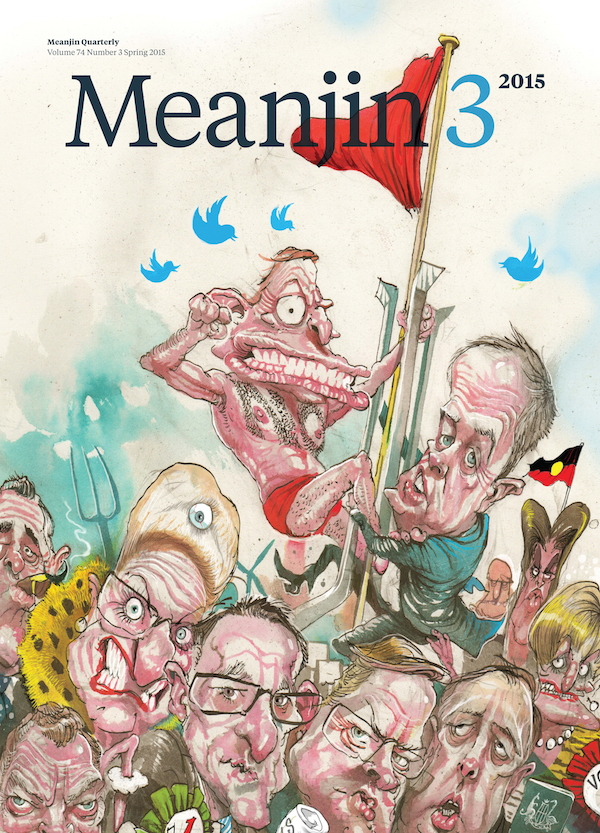