Last night the ABC’s 4Corners program aired a special report about how Australian farmers, businesses and regulators are responding to climate change.

CPD’s Sustainable Economy Program has been making the case for business leaders and regulators to seize the initiative on responding to climate change, rather than be paralysed by the inaction of policymakers.

‘Weather Alert‘ showcased some of the highlights of CPD’s research and advocacy, and how this work is contributing to a major shift in corporate and regulatory leadership on climate change. These included:

CPD Policy Director Sam Hurley, who was interviewed by 4Corners for the report, said that recent public statements by APRA and the Reserve Bank represented some overdue long-term leadership on the growing impacts of climate change:

“I think it sends a very powerful message.

The RBA and APRA – they’re big, serious institutions. They don’t take these steps lightly. They’re not talking about climate on a whim.

It would have been very hard to see 12 months ago when there was a lump of coal doing the rounds of parliament, that Australia’s key financial regulators would provide such decisive leadership on climate risk over the next 12 months.

But they have, starting with APRA and now the RBA and that’s potentially very significant.”

You can see the full report or read a transcript here: http://www.abc.net.au/4corners/weather-alert/9511070 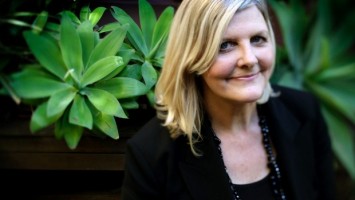 Sam Mostyn in the Media